The Corinthians is a separate independent organization that promotes social activities related to recreational boating and general fun. The Corinthians has over 130 members from all walks of life, and a rich history of social and boating activities.

Some members are involved for the socialization, others for the organized activities. All benefit from the social networks, friendships, and fun. 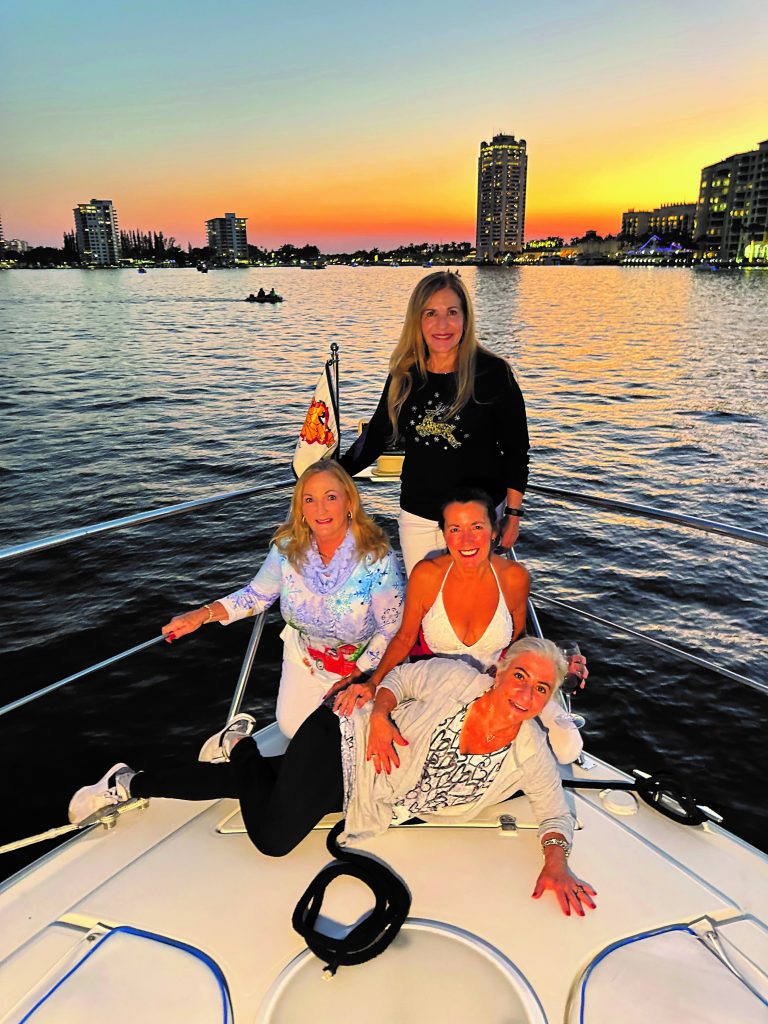 The Corinthians is a very active club that offers a wide range of activities for all recreational boaters, those interested in boating (past, present, future), as well as non-boaters. These activities include cruises to Florida and Bahamian marinas, informal/formal social activities, and even cruises for non-boaters.

The Corinthians of Lighthouse Point promote social activity among the members, such as cruises, dinners, dances, parties and other forms of entertainment and fosters a spirit of camaraderie among its members.

In addition, the Club shall:

(a) foster the art of seamanship and promote boating, sport fishing and other allied marine activities,

(b) engage in such charitable activities coincidental to boats and boating, as its members may decide, and

(c) provide educational programs for its members in the areas of seamanship and marine activities.

At the time the City of Lighthouse Point was being developed, one of the developers decided to build a yacht club, which is now Lighthouse Point Yacht and Racquet Club. Many changes have taken place sine that time. Originally, there was one dock, the East Dock, which could accommodate 20-25 yachts. A West Dock was later built with slips on either side. The original dock was then moved fifty feet toward the west to allow slips on either side. The canals on both sides of the club were dredged and docks were built along the banks. Now, 78 yachts can be accommodated.

Lighthouse Point Yacht Club, Inc. was created within the confines of the Lighthouse Point Yacht and Racquet Club. In 1967, letters were sent to the members of the LPY&RC asking whether they would be interested in forming a yacht club wholly independent of the LPY&RC and having a new organization dedicated to yachting and promoting boating safety. At the formation meeting, the one hundred founding members unanimously agreed that the name would be The Lighthouse Point Yacht Club, Inc. At the conclusion of the founders meeting, the officers decided to hold their monthly meeting on the third Thursday of each month. Now we meet on the first and third Thursday of each month. In subsequent years, the number of members was increased to a limit of two hundred.

In 1990, in an effort to distinguish themselves further and demonstrate its total independence from the LPY&RC, the board changed the club’s name to LPYC Corinthians, Inc., which it continues to use to this day.

The first year of the Club’s existence was most successful. The club cruised to Francis Lanfords, Pier 66, Ocean Reef and Plantation. During that same year, the Club Planned its first fleet review and reception, as well as the first Commodore’s Ball.

The Club received its charter on July 31, 1967. Lighthouse Point Yacht Club, Inc was granted its charter and inducted into The International Order of the Blue Gavel on May 27, 1978.

The Corinthians continue the tradition of its founding members by having its Fleet Review at the Change of Watch, a Commodore’s and Past Commodores’ Ball. They organize monthly indoor events and cruises.

This is now our 54th year and the Club has had a total of 51 Commodores. See list and photos, below.